Success for the UCAM in Tokyo 2020

Seventeen medallists and nineteen diplomas among the athletes from the Catholic University of Murcia who have participated in the Olympic Games. The Spanish flag bearers, both those of the opening ceremony (Saúl Craviotto and Mireia Belmonte) and of the closing ceremony (Sandra Sánchez) are members of the UCAM

Tokyo 2020 has come to an end for the athletes of the Catholic University of Murcia, who are part of the Spanish Olympic Committee team. They have achieved great success. A total of seventeen athletes have won a medal and nineteen have obtained a diploma. This huge success reflects the continuity and strength of the UCAM - COE alliance, forged by its presidents: José Luis Mendoza and Alejandro Blanco. After the great results achieved in Rio 2016 and now in Tokyo 2020, the project remains focussed on the future, already thinking about Paris 2024.

In addition to the great sporting results, the three Spanish athletes who have been flag bearers at the Games all belong to the UCAM: Mireia Belmonte and Saúl Craviotto at the opening ceremony and Sandra Sánchez at the closing ceremony.

The first gold medal was in the Olympic shooting pit, won by the pair formed by Fátima Gálvez and Alberto Fernández, who were the best in the mixed team trap final. The excitement was at its peak with the Spanish anthem playing and the shooters on the top step of the podium. A similar feeling was experienced with Sandra Sánchez, the best Spanish karateka of all time who did not miss out on the chance to win Olympic gold in her sport's only appearance at the Games. Damián Quintero also shone in karate. He performed in an amazing final against Japan's Ryo Kiyuna, in which he came close to surprising everyone. Nevertheless, he ended up with the silver medal.

The first medal in canoeing came from Maialen Chourraut in the slalom. The Basque paddler completed her collection of Olympic medals by winning silver in Tokyo after bronze in London 12 and gold in Rio 16. 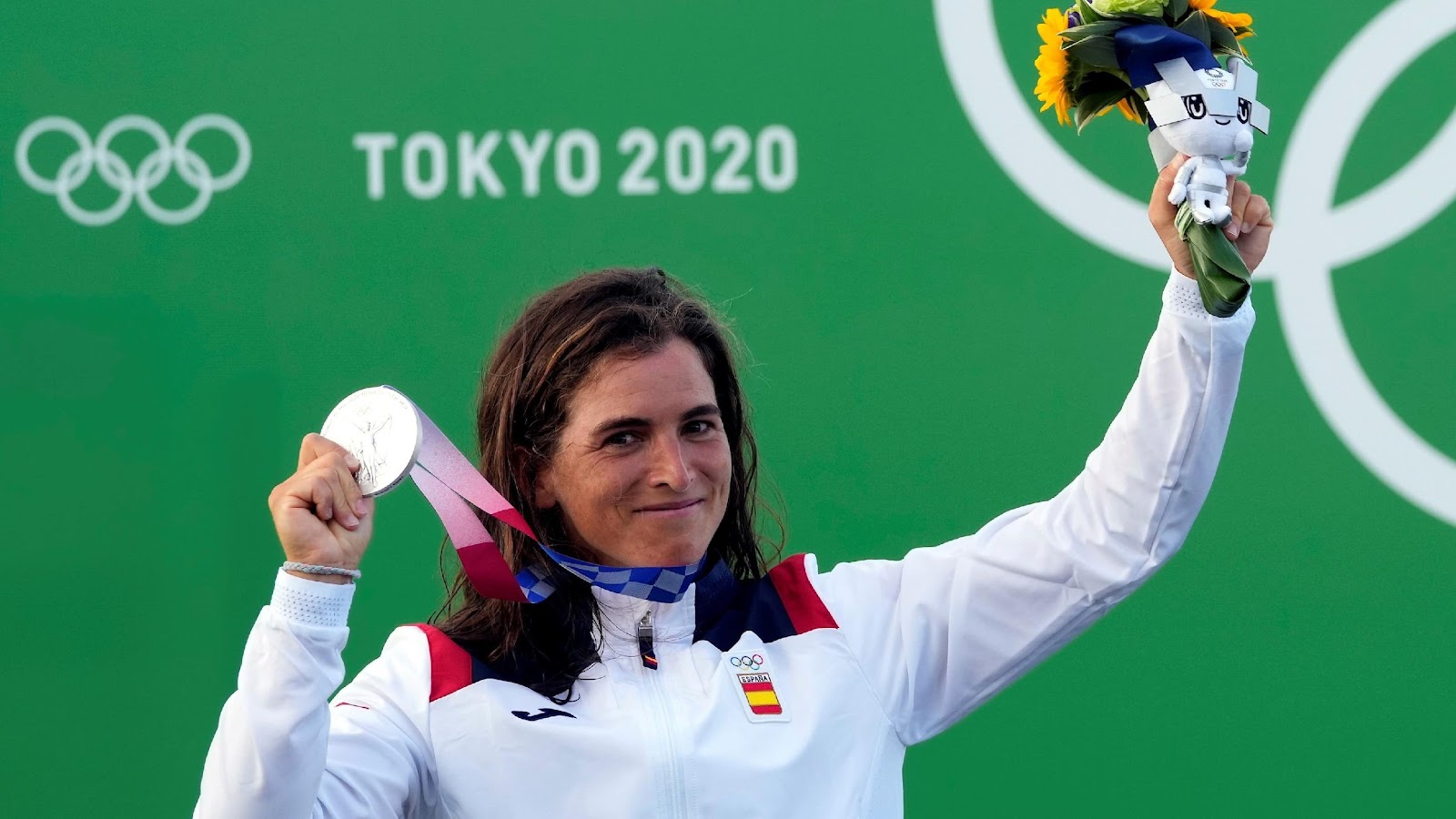 In gymnastics, Ray Zapata arrived at the Games with high expectations for the floor exercise, after having been a world and European medallist. He did not disappoint, providing a flawless performance, in which he won the silver medal. His tears on the Olympic podium when he realised he had fulfilled his dream are now part of the history of Spanish sports.

Another historical event was the one experienced by Teresa Portela. The 39-year-old paddler from Galicia was taking part in her sixth Olympic Games. She had won numerous European and World Championships medals, but no Olympic medal. However, at times, she had just been a few tenths of a second from achieving one. After having chased it for more than two decades, Portela's great moment finally came and she won the silver medal. She was only bested by New Zealand's Lisa Carrington. 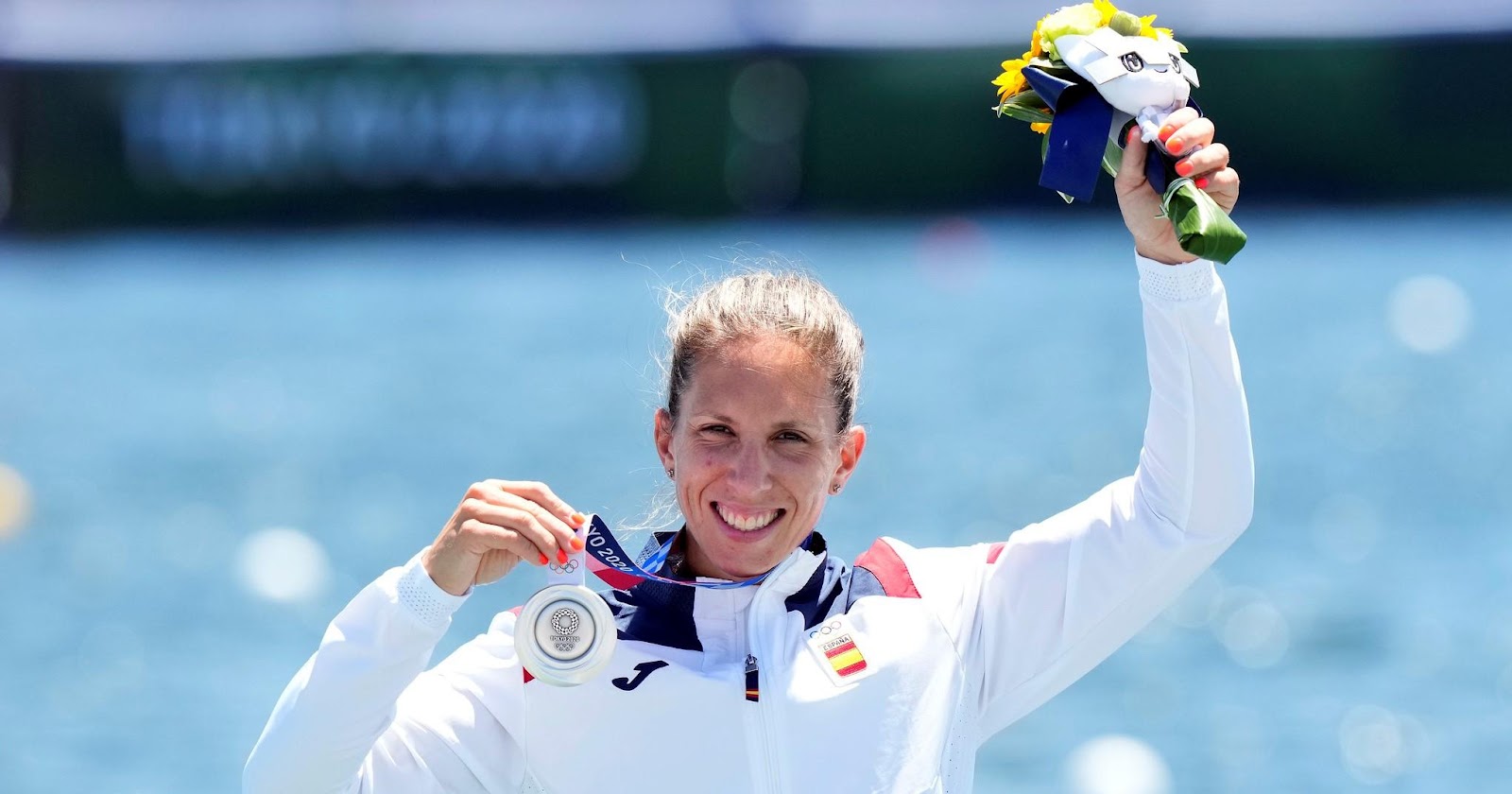 From the most veteran to the youngest of the UCAM medallists. Adriana Cerezo, only 17 years old, surprised everyone by placing herself in the final, in which she almost won the gold medal.

The penultimate day of the Games turned out to be one of great joys. On the one hand, because of the Spanish K4, formed by four paddlers from the Catholic University of Murcia, Saúl Craviotto, Marcus Cooper Walz, Rodrigo Germade and Carlos Arévalo. They fought for the gold medal until the very last inch against the Germans. At the very end of the sprint, the Germans ended up tipping the scale in their favour. Although silver was not the main objective, it meant a great result for Spanish canoeing, especially for Saúl Craviotto, who tied with David Cal as the top Spanish Olympic medallist, both with five medals. Maica García and Irene González also won silver with the water polo team after losing in the final against the all-powerful United States. The UCAM 'Hispanos' Gedeón Guardiola, Ángel Fernández and Eduardo Gurbindo finished their games with great delight after beating Egypt in the bronze medal match of the men's handball tournament.

Apart from the medals, the Tokyo Olympic Games have left us with other great moments which will go down in history. On occasions, these moments have taken the form of an Olympic diploma. Mireia Belmonte was just two tenths of a second away from bronze in the 400 freestyle, despite arriving at the Olympics after some complicated months; after a very difficult run due to soreness and injuries. In judo and taekwondo, the Spanish athletes have achieved several diplomas that should be cherished, given the great effort required to achieve them.

The top steps of the podiums are difficult to achieve and that is why the swimmer Hugo González de Oliveira as well as the couple of canoeists formed by Cayetano García and Pablo Martínez return from the Olympics feeling glad about their achievements. Furthermore, in canoeing, Carlos Arévalo and Craviotto obtained a diploma in their individual events. Quite different was the feeling for Paco Cubelos and Íñigo Peña, who came to Tokyo as runners-up in the world championships, and could only finish sixth. The same happened to María Pérez, European champion in the 20km race walk, who lost out on the medal in the last metres, finishing fourth. Another great example in race walking was Diego García Carrera, who fought until the end to finish up in sixth place.

Mohamed Katir, the new phenomenon of Spanish athletics, came to Tokyo his aims set on gold. Although he finished in eighth position, he proved to all the fans that, at only 23 years of age, he is worth keeping an eye on. 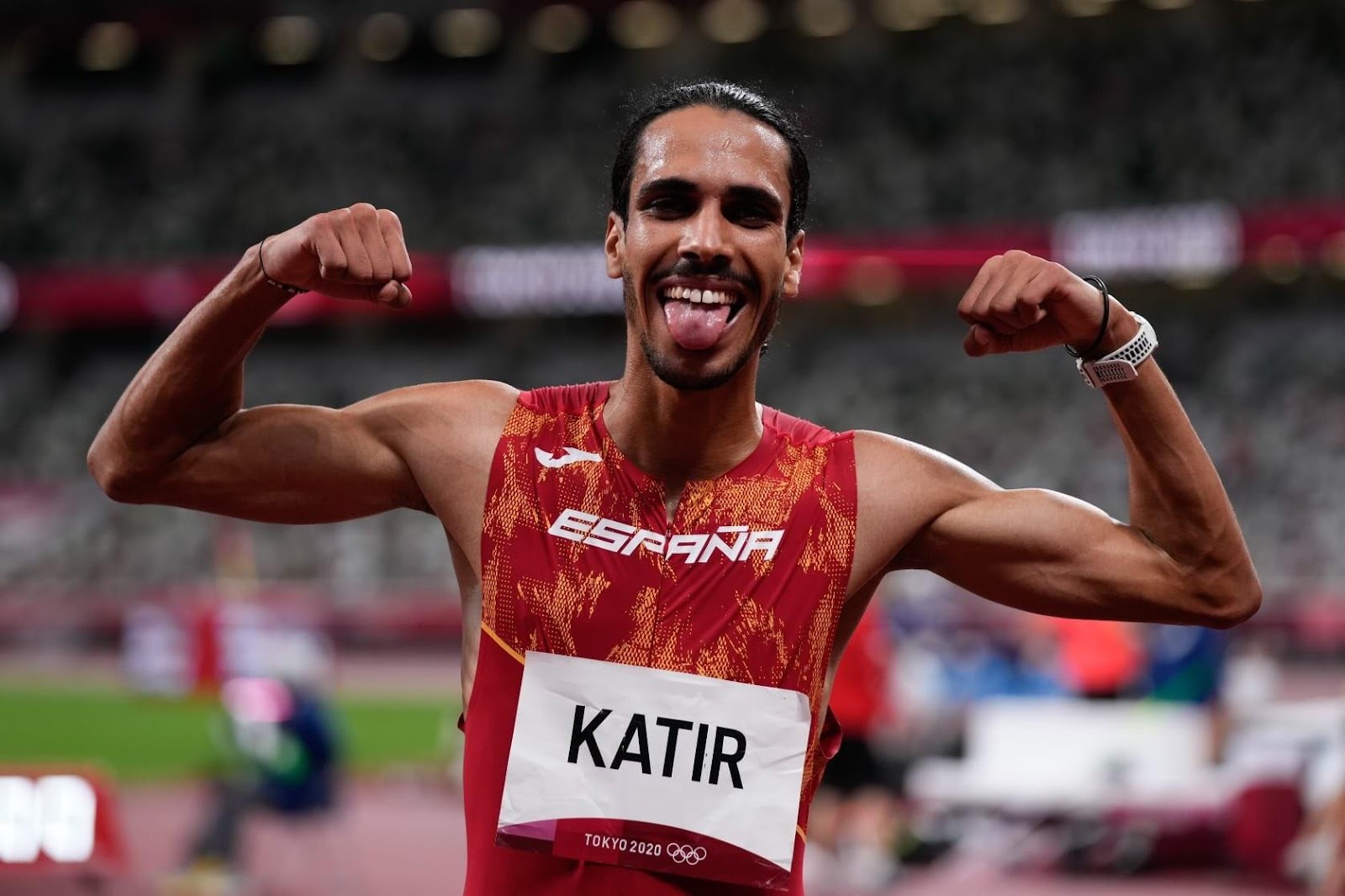 Other diplomas that have been achieved by the national teams, with the presence of UCAM athletes, include hockey (María López, Lola Riera and Bea Pérez), basketball (Laura Gil and Leo Rodríguez) and artistic swimming (Ona Carbonell). Apart from this, the presence of UCAM doctors and technicians at these Games: Jesús del Moral (coach of the medallists Sandra Sánchez and Damián Quintero), José Antonio Carrillo (coach of the walking diploma winner Álvaro Martín), Juan Francisco Hernández (doctor of the women's basketball team) and Silvia Erdelyi (coach of the national table tennis team) is also worth mentioning.

And now, the Paralympics

The Olympic Games are over, but Tokyo 2020 has not yet finished, and the UCAM athletes still have a lot to fight for. The Paralympic event will take place from 24 August to 5 September and twelve UCAM athletes will take part.

In swimming, Teresa Perales, Sarai Gascón, José Antonio Marí and David Levecq will compete. In athletics, Gerard Descarrega and his guide Guillermo Rojo will be competing; in table tennis, José Manuel Ruiz; and in wheelchair basketball, five UCAM Murcia BSR players: Sonia Ruiz, Vicky Alonso, Isabel López, Lourdes Ortega and Beatriz Zudaire. Dr. Tomás Fernández, professor of the Master’s Degree in Sports Traumatology at the UCAM, will be the head doctor of the Spanish team and Dr. Patricia Núñez, a student of said Master's Degree, will be working with the men's wheelchair basketball team.