The video of the campaign, led by the Spanish Olympic Committee (COE) and UCAM, reached 17 million visualisations and it is about to reach 4 million complete reproductions on YouTube and Facebook

Main image of the campaign 'For a Spain with values'

The Spanish Olympic Committee and UCAM Universidad Católica de Murcia joined their forces last summer to send a message to Spanish society through the campaign called ‘Por una España con valores’ [for a Spain with values], featuring many of the most important elite athletes of our country. The aim was to communicate the need to apply the values of athletes to the rest of the citizens to overcome the difficult social, health and economic situation provoked by the pandemic. Effort, teamwork, leadership or spirit of improvement are more than words for our athletes, who saw their most immediate sports objectives wiped away in the blink of an eye and, despite that, continued to work hard in their houses in order to preserve their physical form and their competitiveness.

Mireia Belmonte, Saúl Craviotto, Lydia Valentín, Joel González, Cristian Toro or Ruth Beitia, accompanied by a large list of sport personalities, who belong to the UCAM-COE project, joined this initiative on their social networks. The campaign, which was presented in Madrid at the COE headquarters, includes a video and a series of images showing these athletes as sources of inspiration for society. 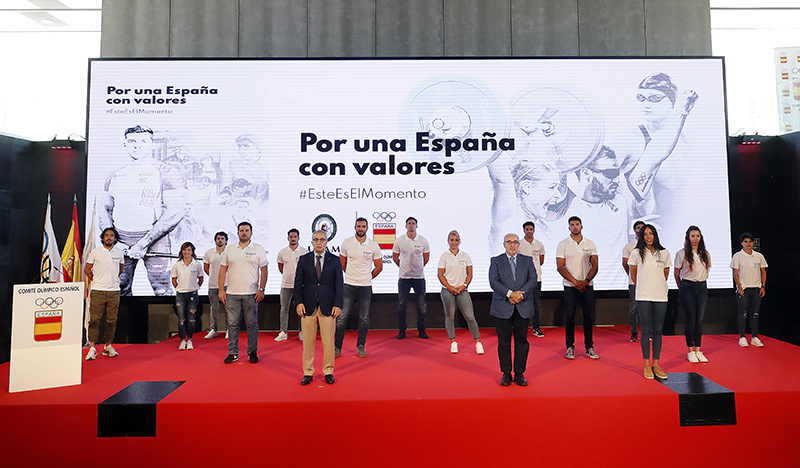 To the 8 million people who saw the video of the campaign or some of the publications on the social networks of UCAM or of COE we must add the enormous impact that the launching of the campaign had on traditional media (press, radio and television). Furthermore, the athletes themselves joined the initiative through their social networks, which contributed to the increase in the impact on Spanish society.