UCAM defends its position at the Spanish University Championships

Completing a decade of dominance in Spanish university sport, the Catholic University of Murcia tops the 2021 medal table with 28 honours (14 gold, 6 silver and 8 bronze) in a pandemic edition with fewer events than usual.

The UCAM has been leading the Spanish University Championships (CEU by its Spanish acronym) since the 2011-2012 academic year, but this 2021 saw a deferral and a sharp drop of sport competitions due to the pandemic. In the 2019 edition, UCAM broke all records with 141 medals (86 golds, 40 silvers and 15 bronzes) out of more than 750 contested medals. Only 176 have been disputed this year but the Catholic University has once again managed to outdo the others with 28 medals (14 of them gold), concluding a full decade at the forefront of university sport in Spain. According to the number of gold medals obtained, coming in second place with 12 medals (5 gold) is the University of Alicante, followed by the Alfonso X El Sabio University with 7 medals (5 gold).

Without such representative sports as athletics, swimming, taekwondo or karate, where more than half of the medals were won in previous editions, UCAM has found its stronghold in sports such as tennis, where students coached by José Antonio Arranz managed to reach the top in all disciplines and win six gold medals. 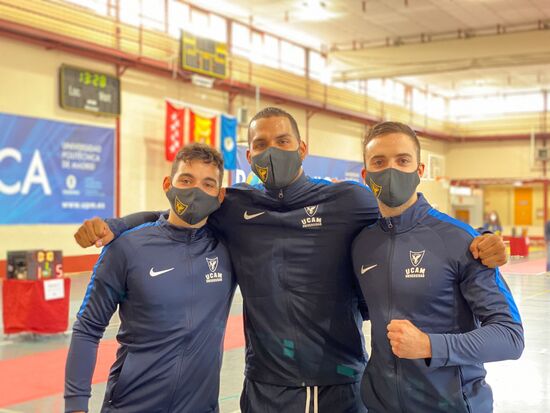 The medals in individual sports kept on coming with five in judo (one gold, two silver and two bronze), four in fencing (one gold, one silver and two bronze), three in paddle (two gold and one bronze) and two in triathlon (two silver). Athletes of the calibre of Evadne Huecas (judo), the Spanish Olympian Carlos Llavador (fencing), Javier González Barahona and José García Diestro (paddle) became Spanish university champions.

In team sports, UCAM won eight medals out of ten. Eighty teams from several Spanish universities competed for the gold medals, making the achievement of the Universidad Católica of Murcia, which started with the gold medal in male football, all the more significant. Two of their players were individually distinguished: Álvaro Martínez as the tournament's top scorer and Cristóbal Egea as the least-scored goalkeeper. Meanwhile, UCAM dominated the volleyball championship with gold medals for both the men's and women's teams. While the women's basketball team managed to bring home the gold medal, the male team secured the silver after an extra time final. Both teams won the bronze medal in futsal, as well as the women's team in handball.

These 28 medals stand as a symbol of the efforts of both UCAM and all its athletes, who have overcome the hiatus experienced with the CEU 2020 cancellation and the rescheduling of this year's edition. The exclusion of many disciplines has deprived other students and great athletes from participating. Nonetheless, they will undoubtedly work hard to get to the next edition in the best possible condition. 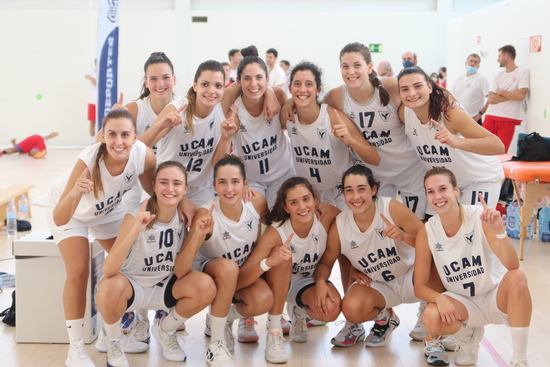 The CEU 2022 is expected to feature all the usual sport disciplines once again and UCAM will not only try to break all the records, but also plans to organise twenty competitions of the Spanish University Championships. On the occasion of its 25th anniversary, the Universidad Católica of Murcia will endeavour to achieve an unprecedented organisational milestone in Spanish university sport bringing more than 5,000 young athletes to the Region of Murcia. With thousands of overnight stays in hotels in the community, this means an important boost to sports tourism and an image breakthrough on the Spanish university scene.